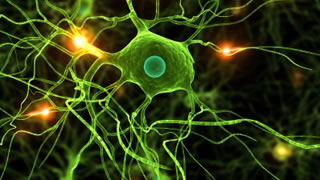 An excellent book on communication is The Gentle Art of Verbal Self Defense, Suzette Haden Elgin
Below is an excerpt that contains the nugget of the wisdom in her books:

"Only a Wimp Would Let That One Go By!"

Over and over, I hear this kind of objection: "I understand what you're saying... But I just could not let that person get away with it!" (Because the bait in the particular attack was so cruel or so totally false or in some other way so intolerable to the victim.)

There are two basic misunderstandings here. First, you should expect the bait [in verbal attacks] to be like that. Of course the bait is going to be as outrageous as the attacker can make it. Of course, if the attacker has personal knowledge of something that will be especially hurtful to the victim, it will be used as bait. When you go fishing, you don't bait your hook with something that will bore the fish; you choose whatever you think is most likely to get the fish's attention. "Verbal Aggressors" are doing the same thing. They choose the bait not to hurt you, but to hook you; the hurt is just an unavoidable side effect. Attackers want your attention; they want to demonstrate that they have the power to get and keep your attention; they want from you an emotional reaction that is evidence of that power. They will always use as bait whatever they think is most likely to be impossible for you to ignore. This should not surprise you in any way; certainly it should never surprise you into making a strategic error.

Second, it's an error to think that letting the bait go by without challenge is "letting them get away with it." No matter what is in the bait, it's the trivial part of the attack.

Think about it. You had a plan for how you were going to spend the next 15 minutes or so. There were things you wanted to do with that time. But the attacker has a different plan: that you will spend that time engaged in an undignified verbal fight in which you demonstrate how easy it is for the attack to pull your strings and make you dance. Doing that -- not ignoring some ridiculous insult -- is letting the attacker get away with it. No matter how the fight itself ends, the loser (and wimp) is the person who provides the attacker with Victim Service, and the attacker who can get you to provide that service is the winner.

From The Gentle Art of Verbal Self Defense, Suzette Haden Elgin:

Vaps are English language patterns used to demonstrate power over a targeted victim by (a) capturing and holding their attention and (b) evoking a highly emotional response. They have two parts: an open attack (the "bait") and one or more attacks sheltered in presuppositions. For example:

A. "If you REALLY cared about your job, YOU'D get to work on TIME!"
B. "WHY don't you ever LISTEN to me when I talk to you??!"
C. "EVen a person YOUR age should know SOMETHING about stocks!"
D. "SOME people would FIRE you for coming to work dressed like a THUG!"
E. "YOU'RE not the ONLY person who has PROBlems, you know!"

Rule One:
Ignore the bait.

(The first part of the attack presupposes "You don't love me"; the bait is, "You waste money.")

Recommended Responses:
"Of course I love you."
"When did you start thinking I don't love you?"
Posted by DrRon at 3:47 AM No comments:

How NOT to communicate.

There is a famous quote by Paul Watzlawick, a "communication theoretician" and influential figure in psychotherapy and family therapy:  "You cannot not communicate." Even not communicating is itself a message.  His influence along with writers on assertiveness, such as Manuel Smith form a core of much cognitive psychotherapy and personal coaching.  On the one hand, it's sort of intuitive, like much in psychology, but not something many of us think about until we have an epiphany and snap awake out of our usual mesmerized states and see something obvious for the first time.

Here is one of what will hopefully be many rules on how to communicate strategically and intentionally.  But before that tip, a comment on "strategically and intentionally."  Many of our interactions become automatic and we respond without much thought.  And since humans learn to respond automatically for efficiency, like in typing or driving a car, often our automatic responses are ideal.  But the automatic responses that lead to problems and need for conflict resolution would be best examined to see if they truly are strategic and intentional.  In other words, do we want to just express anger because that's our usual pattern or we feel slighted.  Or do we want to be influential and solve problems.

Rule 1.  Assertive, effective communication typically relies on using the pronoun "I" instead of "You."

If I'm communicating to someone, it's my thoughts, feelings and intentions, and they are more likely to be received without red alert defenses going up in the other person if I label them truthfully as being mine by stating "I" want, think, feel, wish, etc. That is difficult because it's not as common in everyday language as would seem reasonable.

Even if it's difficult to not include a "you" in the sentence, start with the "I."  I prefer that you not be late.  Or I plan to leave on time.  Not, "don't you be late."  Sure that's a benign example, and fine to say to a buddy along with a smile, but I've seen plenty of couples that even such a benign insertion of the word "you" triggers defensiveness, retaliation and conflict, when simply saying what "I" want, works so much more smoothly.  Again, being aware of intention is important.  If my intention is to fight or criticize then "you" may be the best word choice.

Here's a great example of terrible communication that I ran across today, from one professional level adviser to another professional.
"YOU NEED TO HEAR THIS!!!"
No it wasn't excitement about some cool new song, it was in regards to problem solving in an organization, stated in condescending anger.  Later the poor communicator even admitted that hostile remark was based on an uncontrollable feeling, not on strategic intention and problem solving.  Another issue to be addressed later.

In this case the receiver of the message, being an astute professional, knew not to bite the hook of this verbal assault (see next blog entry),  but the person who wrote this ALL CAPS!!! showed their poor communication skills, lack of problem solving ability, and generally embarrassed themselves, if they have the insight to be aware of that.  An effective communicator or a spouse wanting to solve a problem and avoid a fight could have easily used Rule #1 and stated: "I would like" or "I want to express" or at the least "I want you to hear this," but even that is a poor way to state it, unless as in this case the message was to show arrogance.

COMING SOON: Rules on: "want vs. need"  "avoid absolutes" "when to obfuscate"
If you can't wait (yeah I meant to use "you" there) or read Smith's book, go to the cheat sheet of tips on an earlier blog entry.
Another excellent book on communication I hope to write about later, is "How to Argue and Win Every Time, by Gerry Spence.
RE

The "Observer Effect" of Memory

The act of remembering changes the memory itself. Fascinating neuroscience is unfolding. Applying neuroscience research to treat PTSD is underway.  A recent article from Wired Magazine provides an accessible summary.   (See more below.)

As the author mentions, this view of the neuroscience of memory could turn standard Critical Incident Stress Debriefing on its head.  Although, I would hypothesize that psychotherapy may achieve a similar result as this chemical approach, though perhaps more slowly, by helping people learn to reprogram traumatic memories by remembering the incident while relaxed, thus re-saving it to our brain's memory without the intense trauma element.

It turns out the "observer effect" from physics (often confused with  Heisenberg's uncertainty principle) may be a good model for understanding how our memory works and how to change it.  The act of observation changes the phenomenon observed.  Take the memory out of storage, observe it without the physiological distress, re save it to memory and some of the distress elements have been stripped away in the new saved memory file.  Think of it as saving your open "Word" document as the same name as your original file, replacing earlier versions of the file, but in this case, in your brain's memory.
RE 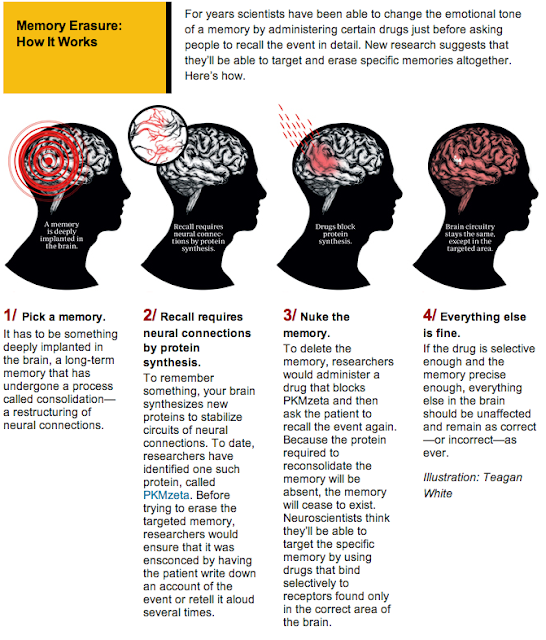 There's a Hole in the Sidewalk

There's a Hole in My Sidewalk.
By Portia Nelson

1.
I walk down the street.
There is a deep hole in the sidewalk.
I fall in.I am lost ... I am helpless.
It isn't my fault.
It takes forever to find a way out.

2.
I walk down the same street.
There is a deep hole in the sidewalk.
I pretend I don't see it.I fall in again.
I can't believe I am in the same place.
But, it isn't my fault.
It still takes a long time to get out.

3.
I walk down the same street.
There is a deep hole in the sidewalk.
I see it is there.
I still fall in. It's a habit.
My eyes are open.
I know where I am.
It is my fault.
I get out immediately.

4.
I walk down the same street.
There is a deep hole in the sidewalk.
I walk around it.

5.
I walk down another street.
Posted by DrRon at 6:52 PM No comments: